​Brief History of the Gypsy People and Horses 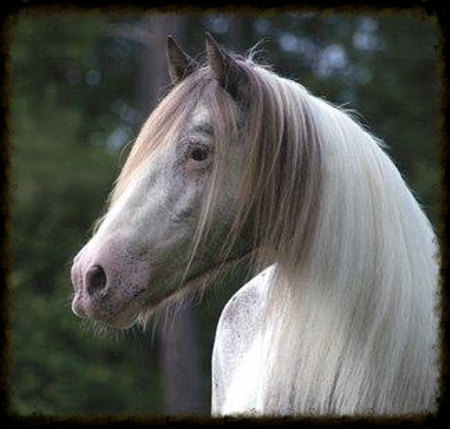 Listed below are some key features:

The most often-asked question we get when we’re out with our horses is, “What kind of horse is that??!!”  Several years ago, we asked that same question!  Never before had we seen such a uniquely majestic and striking horse, and we wanted to know more about these amazing animals.  Well, the history of the Gypsy Horse is as fascinating as the horses themselves, and we love to share the story with anyone who asks.  Further, our family’s personal association with the Gypsy people in Europe makes our attachment to the breed all the more compelling.

The Gypsy people group we know and hear about today originated in India.  They are often referred to as “Travelers” due to their long migrant history and reputation of living life on the road. In the 14th century, the gypsies migrated from India, traveling throughout current day Pakistan, Afghanistan and Iran to reach the Ottoman Empire, or current-day Turkey. From there, they continued to migrate up through the regions now known as Eastern Europe, reaching England, Scotland and Sweden by the 16th century, and even into North America in the 1800’s.

The story of the Gypsy people cannot be told without acknowledging the persecution and suffering they've endured though out history. Often stereotyped as uneducated beggars and thieves, they have been enslaved, oppressed, marginalized, and even expelled from countries in which they've settled, thus becoming "travelers" as a matter of survival. Our volunteer work in Romania over the past 18 years has given us a special connection with several Roma gypsy communities (see "Our Story") and we've learned firsthand how their persecution in Romania has been some of the most difficult to overcome. It is our hope that as the popularity of the Gypsy horse grows, so will appreciation, respect and honor for the Gypsy people.

So as the story continues, over hundreds of years as the nomadic Gypsy people traveled the roads of Europe, they hand-crafted beautiful and vibrant painted wagons to carry all of their belongings. To maintain this lifestyle, they required a horse with special qualities. Not only did they need a horse powerful and enduring enough to pull heavy loads day after day, but it had to thrive merely on whatever grazing it could find on the side of the road, be resilient enough to withstand cold winters without much shelter, posses an extremely calm and reliable temperament, be intelligent and easy to train, and yet be gentle and docile enough to ensure the safety of gypsy family members, including children.

To produce a horse with such diverse characteristics took hundreds of years of selective breeding by Gypsy families. Though it is only speculated which original breeds were used to create the Gypsy Horse, most agree they were cold-blooded. Gypsy Horses have the bone and feather of Shires and Clydesdales, but slightly smaller stature perhaps from a Dales Pony or Fells Pony. Other breeds especially those native to Britain have also been suggested as possible contributors to the established Gypsy Horse breed standard. It is important to note, too, that the breed has other names it goes by. For example, besides Gypsy Horse, you may hear Gypsy Cob, Gypsy Vanner, Irish Cob, Colored Cob, Tinker Horse, and Romany Horse to name a few.

And so, for centuries known throughout Europe and only more recently in the U.S., we now have perhaps of the most beautiful, athletic, intelligent, and family-friendly horses ever known—the Gypsy Horse. 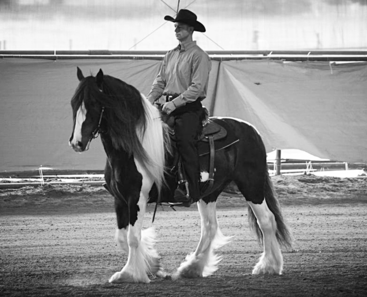